The beginnings of the church could date back to the 11 th or 12 th century. The parish in Kozłów was first mentioned in 1269, in the document of donation of the village – Stanica to the Cistercians from Rudy Raciborskie. The priest from Kozłów, Heinrich von Koslow was a witness to this agreement. The original Romanesque church is the presbytery of the present church. It was built of stone, and there was probably a chamber above it (the church had a form of a fortified tower with firm buttresses, parts of which are visible). The stone baptismal font located in the church and the stone wall surrounding the church also come from these times. There was a cemetery around the church. Next to the church there was a belfry, in which in 1414 (or 1417) the 600kg bell, Urban was hung (currently, probably the oldest bell in Silesia).

From the 15th century Kozłów was in the hands of the Koslowski family – the tombstone of Piotr Koslowski from 1618 is embedded in the wall of the church. There was also a crypt in the church, which, however, along with the stone vault of the presbytery collapsed at the turn of the 18th and 19th centuries. The church was enlarged in 1540-1545, a part of the main nave was built on it to the height of the present side entrance. At the end of the 16 th century the church was taken over by Protestants and Catholics gathered for their services in the vicarage. In the 18th century, there were less Protestants in Kozłów and the church was falling into ruin. Catholics took it back at the end of the 19 th century. The church was so damaged that people were considering knocking it down and building a new one, but the idea of reconstructing it won. The roof was repaired and covered with shingle in 1904. In 1924 a decision about complete refurbishment and expanding the church was made. It was joined with the belfry, in the place of which a new tower was being built. It was to have 38 metres. Unfortunately, the tower was never finished because of the 1926-27 crisis and the construction of a new church in Brzezinka. It was temporarily finished with a wooden construction waiting for ‘better times’. The whole construction of the roof was changed and it was covered with roof tiles. An 18th-century main altar was brought from an unknown parish. The image of the main patron Saint. Nicholas was placed in it and secondary patrons of the holy apostles Peter and Paul were added. The expanded church was consecrated in 1928 on the feast of St. Peter and Paul the apostles.

During the World War II the bells were taken down, just like in many parishes, to be scrap metal. The historic brazen bell being useless was left, thanks to this it did not share the fate of other bells from The Third Reich and the areas under occupation, which were recast for the army use. The services in this church were provided by the priests from Brzezinka, who were killed by the Soviet Army on the 10 th of January 1944. 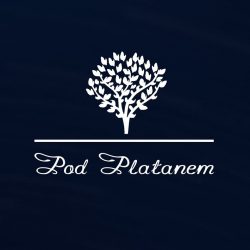